Upon your flight arrival at Guilin airport or train station, our guide will hold a sticker with your name waiting for you at the exit. Pick up and tranfer to the hotel.

After breakfast at the hotel. Firstly visit Reed Flute Cave - a national 4A scenic spots and a must-see tourist attraction in Guilin, which is a magnificent karsts' cave with a myriad of stalactites and stalagmites of all strange shapes. Your imagination is very important. Some look like lions, and some look like frogs and some look like a crystal palace. The cave is esteemed "the art palace of the nature".

After then, you will visit the Fubo Hill, located in the downtown of the city, which is best-known as the "Wonderland on Wave" with its exquisite peak rising high and its foot half in water and half on land. There are loads of fables and stories about Fubo Hill. 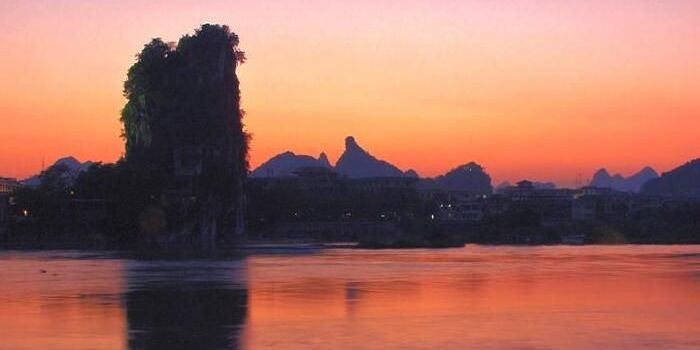 After lunch, visit Elephant Trunk Hill, which looks exactly like a huge elephant stretching its trunk drinking water by the Li River. It is a proud of Guilin people. They use the picture of elephant trunk hill as the symbol of Guilin city. As the hill is situated in downtown area and at that place are stairs to the top for a panoramic view of Guilin. 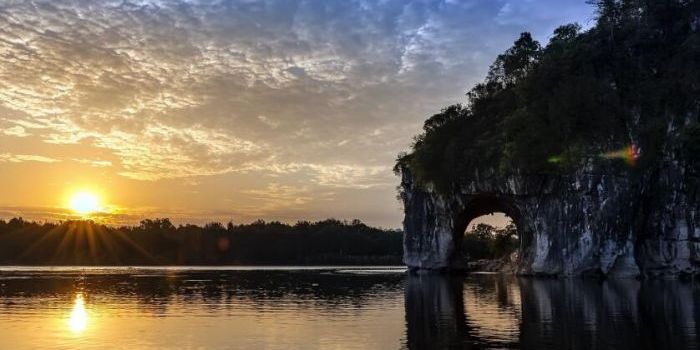 Last, you will visit the Seven Star Park situated on the eastern side of the Li River, which is the biggest with the best natural environment in Guilin. The Seven Star Park got its name because there are seven peaks array just like The Big Dipper in the sky.

Pick up from your hotel in the early morning. Drive about one hour to get to the Zhujiang Pier for a 4-hour's cruising on Li River - the highlight of sightseeing tour in Guilin with lunch aboard. You will enjoy the beautiful mountains, verdant fields, farms and villages with water buffalos, cows wondering around on both sides of the river bank.

Get off at the old town Yangshuo - famous for its spectacular views of hills and rivers with famous bar streets. Check in the hotel. You will be escorted to explore the countryside of Yangshuo with the picturesque rural scenery. You are advised to savor your dinner at one of the cafes or restaurants in the famous West Street on your own over the amazing night life of this beautiful town.

Day 4: Departure from Yangshuo (B)

Pick up from the hotel in Yangshuo. Transfer you to the Guilin airport or train station to see you off.