Arriving at Chengdu Airport or Tran Station in the mornin, met by our tour guide and transferred to your hotel in Chengdu. After Chinese lunch, first have a stroll around People's Park. People's Park is the most popular park in Chengdu. People's Park provides tourists an opportunity to have a glimpse of the leisure city of Chengdu. It is a great public outlet for joggers, tai qi enthusiasts, gamers, musicians, tea drinkers and grandparents with their grandchildren in tow. 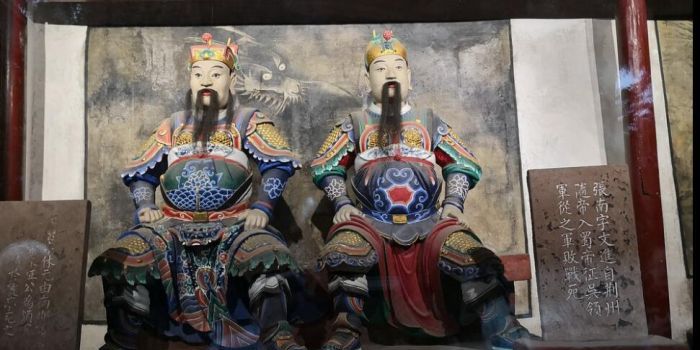 Then continue to visit Temple of Marquis ( also called Wuhou Shrine). Wuhou Shrine Chengdu was first built in memory of Zhuge Liang (181 – 234), the prime minister of Shu ( 221 – 263 ) of the Three Kingdoms ( 220 – 280). Zhuge Liang was a famous statesman, military strategist. He was also given the title of Marquis Wuxiang in his lifetime. "Wuhou" literally means "Wuxiang Marquis". Now Wuhou Shrine is more than a shine. Instead, it has become a museum, the largest museum in China displaying the relics and introducing the history about the Three Kingdom. 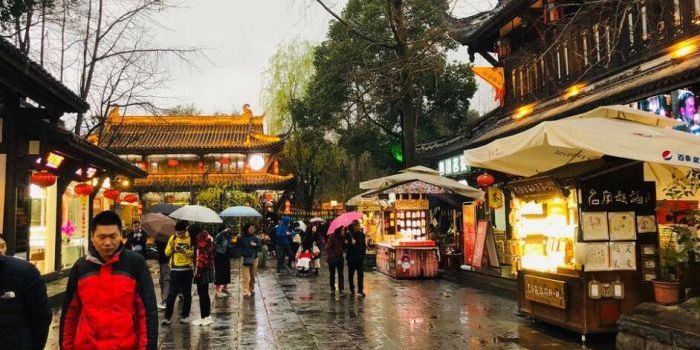 Finally have a walk along Jinli Street. The Jinli Old Street is located just next door to Wuhou Shrine. Actually Jinli Street is part of the Wuhou Shrine Museum. It has become a major tourist attraction in Chengdu, attracting a great number of travelers each each year, which boasts of ancient buildings, traditional cultures, local food and customs.

Pick up from your hotel in Chengdu around 8:30am and drive to Changdu Panda Base. Chengdu Panda Breeding and Research Centre has been constructed and imitated the pandas' natural habitat in the hope that they could have the best possible environment for rearing and breeding. There you can see pandas almost in their natural environment as they have plenty of space around them. They are incredibly cute to watch. They spend most of their day eating bamboo. 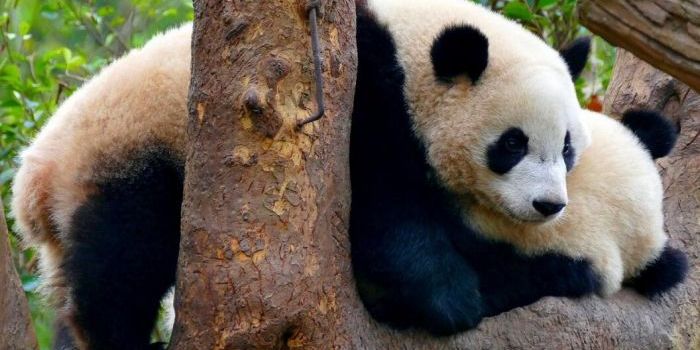 After lunch, head to Leshan and visit Leshan Giant Buddha. It is approximately 160km in the southwest of Chengdu. The drive takes about 2 hours. You are taken to Leshan Port and board a boat cruising near the highest Buddha in the world on the huge rock of the hill carved in Tang Dynasty for surpressing the flood. you are able to take some pictures in front of the huge sculpture. Then cruise back to the port. 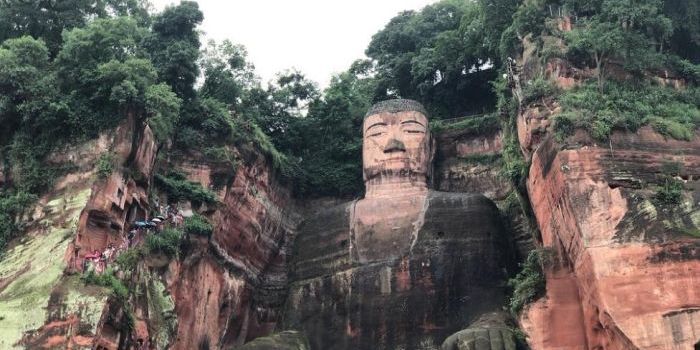 Day 3: Departure from Chengdu (B)

Pick up from hotel, transfer to teh airport to see you off.